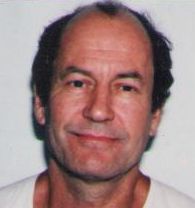 After several years of graduate work in cell physiology at UC Berkeley Michael began studying stereoscopy in 1973, and cofounded StereoGraphics Corp (now Real D) in 1979. He was involved in all aspects of R&D including prototype 3D videogames for the Atari and Amiga and the first versions of what evolved into CrystalEyes LCD shutter glasses, the standard for professional stereo, and is copatentee on their first 3DTV system.

In 1985 he was responsible for starting a project at UME Corp which eventually resulted in the Mattel PowerGlove, the first consumer VR system. In 1989 he started 3DTV Corp and made the front page of the Wall Street Journal by introducing the first home 3DTV system with LCD shutter glasses and 3D movies on VHS tape at the 1990 CES. Shortly thereafter, TV pioneer Isaac Blonder used 3DTV hardware and software to broadcast 3D programs for shutter glasses all night every night for about 4 years over the LPTV station at Stevens College in NYC for a handful of enthusiasts within several miles of the Empire State Building.

Subsequently, 3DTV introduced a wide variety of consumer and professional products for 3D video, graphics and Virtual Reality. In 1990 he began work on “Solidizing”-- a realtime process for converting 2D video into 3D. In 1992 3DTV created the first full color stereoscopic CDROM (“3D Magic”) including games for the pc with shutter glasses. The system was licensed to Chinon who released “CyberShades”-- the first 3D game system for the pc. In 1992 3DTV made the first consumer wireless LCD shutter glasses system which, like most of its hardware and software, advertising, packaging and trade names was widely copied. In 1993 he perfected a full color anaglyph --“SpaceSpex”—and released “StereoMac” the first LCD glasses system for MacIntosh. In the same year 3DTV created the shutter glasses hardware for the NeoTek 3D CDROM series—still the only common stereoscopic educational software system.

In 2002 he licensed his “Solidizing” patent to X3D Corp. who put some of the algorithms into a set top box, still widely sold as the “Virtual FX 3D Converter”. From 2002 to the present, 3DTV has provided the hardware for TriD, the first and by far easiest to use digital HD 3D record/edit/autoplayback video system running on standard Windows pc’s.

In 2007 companies to whom 3DTV supplied technology and consulting produced theatrical 3D shutter glasses viewing systems, which are being introduced worldwide in 2008. Also in 2007 3DTV provided consulting and marketing for NewSight Corp, the world leader in autostereoscopic displays and was involved in initiating a project to develop the first large screen outdoor daylight visible glasses free 3D video displays, 3 of which were installed in China in August, 2008.

He has been a member of SMPTE, SID, SPIE and IEEE and has published in Proc. SPIE, Stereoscopy, American Cinematographer and Archives of Biochemistry and Biophysics. The SPIE symposia on 3D Imaging seem to have originated due to his suggestion to John Merritt at a San Diego SPIE meeting some 20 years ago.